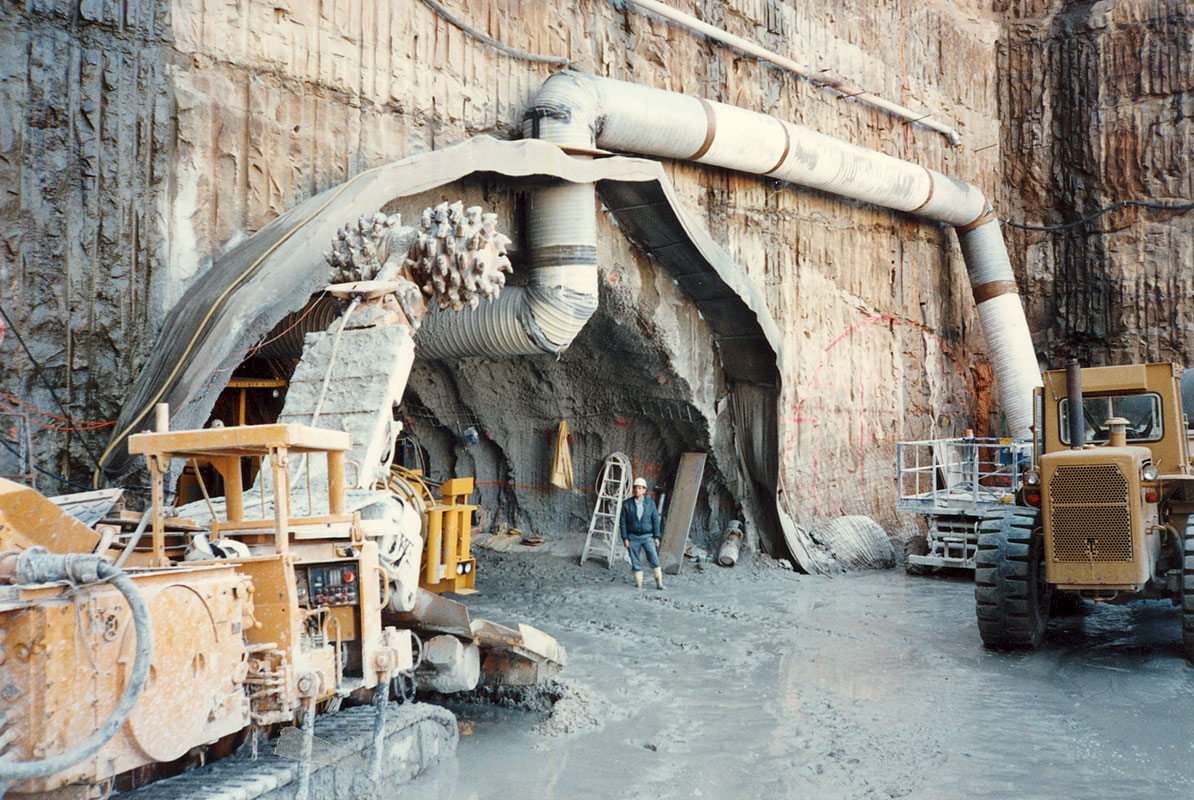 A joint venture was formed with Kumagai Gumi, a large Japanese construction company with extensive experience in tunnel construction and immersed tube technology. In 1986, a crucial meeting took place in the cafeteria at Level 13 of Transfield House in North Sydney, in clear view of Sydney's Harbour Bridge. In attendance were the company executive Tony Shepherd and its consulting accountant, John Scott, engineers Alex Wargon, Reg Hornibrook and Corbett Gore. Kumagai Gumi was represented by Tony Mitani. Alex Wargon laid the plans on the table and all looked out of the window at how the tunnel could be constructed. The solution devised seemed very clever- no buildings needed to be demolished and the new roadtunnel could be incorporated into the existing network on both sides of the harbour. The ventilation stacks were run through the existing northern pylons of the Bridge.